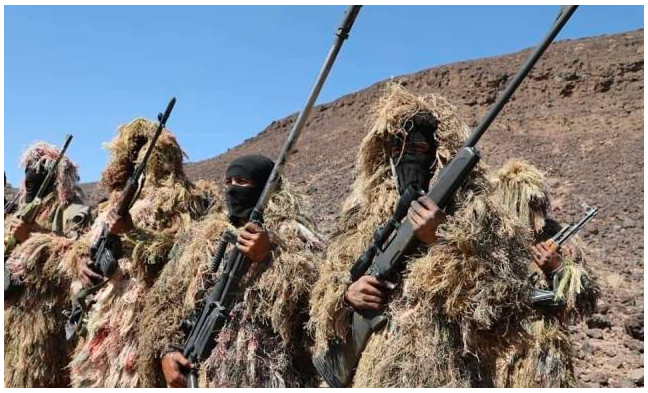 
Tribal sources revealed on Thursday, that the coalition pushed a new batch of foreign mercenaries in a final attempt to delay Sana’a forces’ control over the city.

This comes amid mounting US-Saudi concerns after their diplomatic efforts to stop the fighting there failed, in exchange for pledges that Saudi Arabia will not fulfill it before.

The sources reported that the batch arrived in a motorcade for hadi’s Prime Minister; most of them do not speak Arabic, indicating that coalition helicopters have deployed them in separate areas near to Marib city, after notifying Hadi’s defense minister and the Chief of Staff.

It also confirmed that the weapons of the new elements have not been identified, indicating that they are sniping specialists and that the goal is to deploy them in the vicinity of the city in anticipation for a decisive battle before Eid al-Fitr, its indications began on the ground with Sana’a forces advance on the battlefronts, especially at the western entrance to the city.

This move by coalition indicates that it is not relying on the factions loyal to it, not to mention, it showed the amount of attrition in its ranks. Its timing also indicates that the United States, which has recently escalated its hostility towards Sana’a after failing to impose its agenda diplomatically, is throwing the last card to prevent the defeat of Saudi Arabia in its last stronghold in north of Yemen.