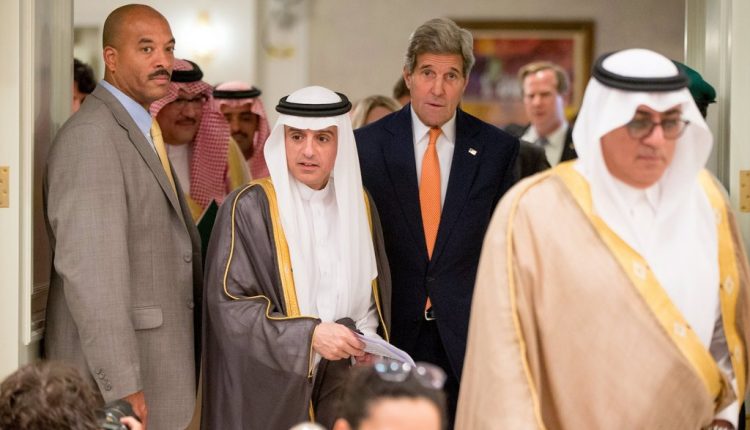 ‘Accomplice to Carnage’ Belies a Perilous Overreach in Yemen


As Obama-era policymakers wrestle with their role in the war, they betray a certain naivete about their Saudi partners at the time.

Last month marked the sixth anniversary of the onset of Saudi Arabia’s intervention in Yemen, an occasion marked by the publication by Foreign Affairs of a remarkably frank critique of U.S. policy by Robert Malley and Stephen Pomper, two senior advisors on Middle Eastern affairs in the Obama administration.

In their article entitled “Accomplice to Carnage,” they accurately described the war as “an open wound for the United States.” Acknowledging their government’s partial responsibility for the catastrophe, they analyzed the frantic diplomacy that took place in the U.S. National Security Council in 2015 after Saudi Arabia requested support for its military intervention in Yemen. The picture they drew spoke of the ambivalence of a superpower torn by its desire to leave behind interventionist policies while honoring long-term security commitments. As the authors point out, the near completion of the Iran nuclear deal that same year created a sense of vulnerability for the Saudis, and the Obama administration wished to “reassure” its long-time partner by offering support.

A latecomer to America’s drone wars, Yemen has been the first country to suffer the consequences of its policy of retrenchment — shifting responsibility for maintaining security in the region to its allies. Yet, Riyadh’s U.S.-backed military engagement in Yemen and the means by which it has been carried out — starvation as a weapon of war and the destruction of civilian infrastructure and ancient cities — bears comparison to Washington’s military misadventures in Vietnam, Iraq, and Afghanistan. While Malley and Pomper’s reflections start with the period immediately preceding the war, revisiting earlier decades helps us understand how it unfolded within the context of America’s “special relationship” with Saudi Arabia.

Mohammad bin Salman’s Yemen expedition has certainly not occurred in a historical vacuum. Ambitious Saudi princes eager to prove their valor and fitness for rule have been conducting them for almost a century. During Saudi Arabia’s war with Yemen in 1934, the troops of Ibn Saud’s son (and future king), Faisal, occupied the Yemeni Red seaport of Hodeida. Ibn Saud twice urged him to withdraw, reminding him of the past failures in Yemen of much stronger Ottoman armies. Faisal’s occupation was short-lived.

In 2009-10, Khalid bin Sultan, then assistant for military affairs at the ministry of defense, led a new intervention in support of former Yemeni President Ali Abdullah Saleh’s operation against the Houthis that marked the beginning of a decidedly more assertive policy. Indeed, Saudi concern with events in its southern neighbor only intensified with the advent of Yemen’s “Arab Spring,” in which the Houthis played an important part, in 2011.

Having succeeded in taking the edge off Yemen’s protest movement by replacing the reviled Saleh with his deputy, Abdrabbuh Mansur Hadi, in accordance with the transition agreement sponsored by the Gulf states, Riyadh’s leaders had hoped that the former political system would remain intact. However, taking advantage of the turmoil set off by the Arab Spring, the Houthis made sweeping territorial gain over the next four years by winning over several tribes through a combined strategy of using force, providing security, and resolving age-old feuds.

While Saudi Arabia’s leadership had long made its concern over Iranian influence on the Peninsula the cornerstone of its policy towards Yemen, these new developments — as well as the botched campaign by Khalid, which it saw as unfinished business — set the stage for MbS’s current war only weeks after his appointment as deputy crown prince and minister of defense in 2015.

As Malley and Pomper assert about Washington’s support for the 2015 Saudi campaign, “The United States has had a major hand in Yemen from the beginning and thus must answer for its part in the tragedy.” But that hand had arguably already been at work at least a decade before. It was in 2004 that the U.S. ambassador to Yemen, unsettled by anti-American slogans during protests organized by the Houthis against the 2003 U.S. invasion and occupation of Iraq and Yemen’s close cooperation with Washington at the time, urged Saleh to nip the protest movement in the bud. Sensing an opportunity to mend fences with Washington after Yemen’s failure to offer support in the 1991 Gulf War, Saleh obliged by sending his troops to arrest the Houthi leader, Hussein Badreddin al-Houthi, a move that sparked an armed conflict that engulfed much of the north.

Malley and Pomper’s description of the decision-making process at the National Security Council raises the question whether, in the aftermath of both the U.S. fiasco in Iraq and Khalid’s brutal campaign in northern Yemen, recent events in Yemen and its own vexed relationship with Saudi Arabia were sufficiently understood.

“The [U.S.] administration also hoped that… American advisors could professionalize their Saudi counterparts… and, when necessary, rein them in,” the authors observed. But if this was indeed the administration’s expectation, it was surely unrealistic as the authors themselves admit: “The coalition resorted to brass-knuckle tactics early on… It bombed critical infrastructure, such as container cranes and food-production facilities… U.S. officials… had no illusions that the Saudi armed forces, although well supplied with modern U.S. weapons, were a precision instrument.”

But this should have come as no surprise. There had been no shortage of warnings from U.S. diplomats on the ground. James B. Smith, Washington’s ambassador to Saudi Arabia (2009-13), observed during Khalid’s 2009-10 campaign that “the Saudi military has employed massively disproportionate force in its effort to repel and clear the lightly armed Houthi guerillas [sic] from the border area.” And, in what proved prescient, Stephen Seche, the U.S. Ambassador to Yemen between 2007 and 2010, noted, “We can think of few ways to more effectively encourage Iranian meddling in the Houthi rebellion than to have all of Yemen’s Sunni neighbors line up to finance and outfit Ali Abdullah Saleh’s self-described ‘Operation Scorched Earth’ against his country’s Shia minority.”

Fast forward to 2015, one wonders whether Obama’s National Security Council undertook an appropriate threat assessment. Why did it not query Saudi Arabia’s professed anxiety over a rag-tag (albeit battle-hardened) militia? At that time, Iranian support was limited; it consisted mainly in providing diplomatic cover and assistance with media with a few militia leaders trained abroad. The Houthis did not need Iranian weapons; during the earlier wars, they obtained their weapons from army units and bases they had captured. After 2014, they gained access to ballistic missiles stored in Saleh’s arsenal. They were pursuing a purely domestic agenda, and their activities respected the Saudi border — a restraint that ended after the Saudis had bombed and blockaded civilian targets. Remarkably, the Saudi embassy’s press statement justifying the launch of military operations in Yemen on March 25, 2015 failed even to refer to Iran.

Malley and Pomper’s account leave the impression that Iranian influence was key to the Saudi decision to launch their offensive in 2015. But Riyadh’s influence in northern Yemen was clearly already on the wane. Their patronage system among the tribes and the network of mostly Saudi-sponsored Salafi institutes had crumbled. It was the Saudi attempt to recover and to expand influence by force that provoked the Iranians, whose twin regional objectives have been to prevent Saudi Arabia from taking control of Yemen through military intervention and from interfering in Iraq and Syria.

Indeed, the Iranians understand that the Houthis are fighting for an independent, sovereign state and to preserve a version of Shi‘ism unique to Yemen. They also appreciate that the Houthis do not want Iran to merely supplant the Saudis. Unlike Saudi Arabia and the United Arab Emirates, both of which occupy Yemeni territory never held by the Houthis, Iran has built neither institutions nor military bases there.

The Houthi conflict has its roots in local grievances, but the various attempts at making peace to date have failed to address them. The 2012 GCC-backed agreement in the wake of the Arab Spring denied the Houthis a stake in the new government, and their request to contribute 30,000 men into the national army was rejected outright. The U.N.-brokered Peace and National Partnership agreement of 2015 was intended to bring them into the political process, but, before the signing ceremony, MbS launched his air campaign – dubbed “Operation Decisive Storm” (a seemingly deliberate echo of George H.W. Bush’s 1991 “Operation Desert Storm”) — with the support of U.S. intelligence, inflight refueling services, targeting information, and arms.

Washington was no doubt gratified that one of its allies was at last taking action for itself. However, following in America’s footsteps will not ameliorate entrenched enmities and conflicts that have their roots in local grievances. The six years of war in Yemen demonstrate the devastating consequences of the ambiguities of Obama’s attempt to step back while remaining militarily engaged.

Some parts of “Accomplice to Carnage,” despite the implications of its title, read like an attempt to exonerate the U.S. from potential accusations of complicity in war crimes. But it remains to be seen how (literally) fueling the Saudi air campaign will be interpreted by human rights lawyers in the future. There can be no doubt that the Washington’s support kept Saudi planes from falling out of the sky. “For reasons both moral and strategic, the Biden administration should make it a priority to disentangle the United States from the war in Yemen and do what it can to bring the conflict to a long-overdue conclusion,” advise Malley, who now serves as Biden’s Special Envoy on Iran, and Pomper.  While Biden indeed appears determined to negotiate an end to the conflict, he also seems reluctant to sever military ties with Riyadh, pledging to continue supplying the kingdom with “defensive” arms and assistance.

To persuade the Saudis that America’s renewed pursuit of détente with Iran will not come at their expense, and that they must cease their blockade of Yemen, the U.S. president will have to walk a diplomatic tightrope. If the April 9 exploratory talks between Saudi Arabia and Iran in Baghdad lead eventually to a gradual disengagement of foreign powers from Yemen, Biden’s hopes of ending that conflict and more generally of de-escalating tensions in the fractured Middle East might begin to bear fruit.

Correction by the author: The Peace and National Partnership Agreement (PNPA) was brokered in September 2014, not 2015, with apologies. Due to earlier violations of the agreement by all signatories, then U.N. Envoy to Yemen and chief negotiator, Jamal Benomar, had just negotiated a new peace deal when the bombing started.