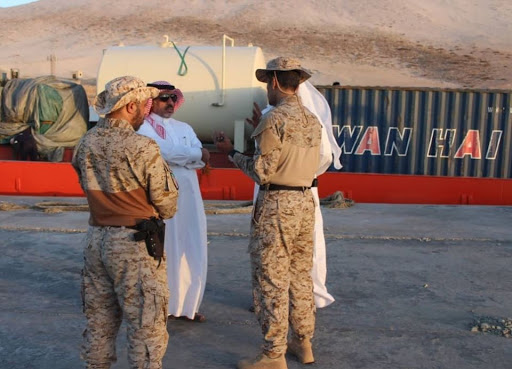 
British experts participate Saudi army to establish a military base in the Yemeni island of Socotra, Media sources said on Tuesday.

Saudi Arabia has conducted studies to establish a military base in Socotra archipelago with the participation of Britain.

According to local sources, the Saudi military delegation, which visited Socotra a few days ago with foreign experts, worked to identify a number of sites to build a Saudi military base similar to the UAE and Israeli military bases that have already been deployed in the Socotra archipelago.

The Saudi delegation, which left the island on Monday, completed the necessary studies to begin building the base that Riyadh is seeking, in order to build on Yemen’s most important islands, the sources said, adding that British experts have adopted the establishment of the military base.

Yemeni Children Smuggled and Humiliated in the Gulf States: Al-Houthi