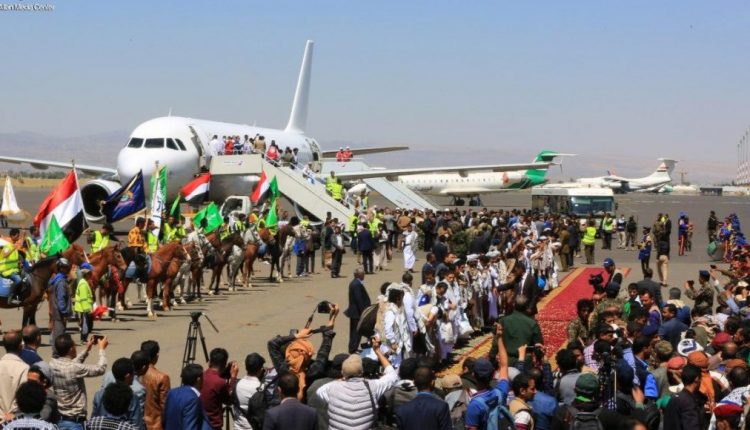 
The head of Sana’a-based National Committee for Prisoners Affairs, Abdul Qadir Al-Murtada, confirmed that the stagnation in the prisoners’ issues is caused by the Saudi-led coalition and their sponsored-forces refusing to implement a comprehensive exchange of prisoners.

Al-Murtada said that the Saudi-backed government put obstacles in the way of implementing the agreements that were sponsored by the United Nations. He added that the (Saudi regime) prevented all exchanges that take place through local mediation.

Al-Murtada explained that the United Nations was unable to find solutions and proposals that bring views closer.

The head of the Committee for Prisoners’ Affairs has earlier revealed that the Saudi coalition rejected more than 10 prisoner exchanges attempts involving more than 500 prisoners.

In a tweet, Al-Murtada said: “Over 10 exchanges attempts involving more than 500 prisoners from both sides were negotiated through local meditations on the fronts of Marib, Al-Jawf, and Taiz for about two months and until now they are still pending due to Saudi refusal to implement them despite the agreement include the names from both sides.”

the sixth official report issued by Sana’a government noted that the Saudi Coalition violated the rights of more than 8,100 prisoners with psychological and physical torture.