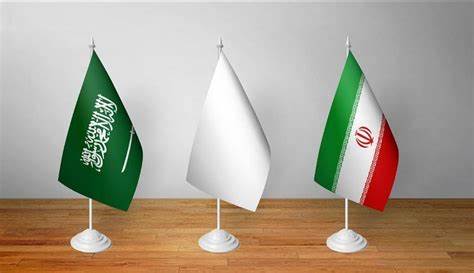 According to the newspaper, an unnamed Iranian official, cited by local media, confirmed that the talks in Baghdad, first reported on Sunday by the Financial Times, had taken place.

Another researcher told Independent that Iraqi interlocutors also referred to the April 9 talks that the Iraqi Prime Minister Mustafa Al-Kazemi was said have mediated.

Media reported that the Saudi intelligence chief, Khalid Humaidan, was among the participants. However, Saudi officials, whose names were not disclosed, denied in published reports that any such talks had been taken place.

According to the newspaper, an Iranian news agency on Monday quoted from “an informed source” saying that the talks took place and focused on the war in Yemen.

The source, reported by the Iranian News Agency, “the Young Journalists Club,” said, “Iran has indicated that Yemen has its owners and Saudi Arabia should talk to Yemenis and Anssarallah themselves.”

Sanam Vakil, the Deputy Director, Middle East and North Africa Program at Chatham House asked: Does Iran have the ability to influence Houthis on these issues? Nor do we have a clear idea of what Saudis could offer to Iranians.

Spokesman of Iranian Foreign Ministry Saeed Khatibzadeh said Tehran would accept any talks between the two countries. “Iran has always welcomed talks with Kingdom of Saudi Arabia,” he told reporters on Monday.” It consider it useful to the peoples of the two countries”, “refusing to confirm or deny any talks.

The United States, France, Germany, Russia and China have all signed the deal, which is called the Joint Comprehensive Plan of Action (JCPOA). The newspaper pointed out that Saudi Arabia had entered a bloody stalemate.