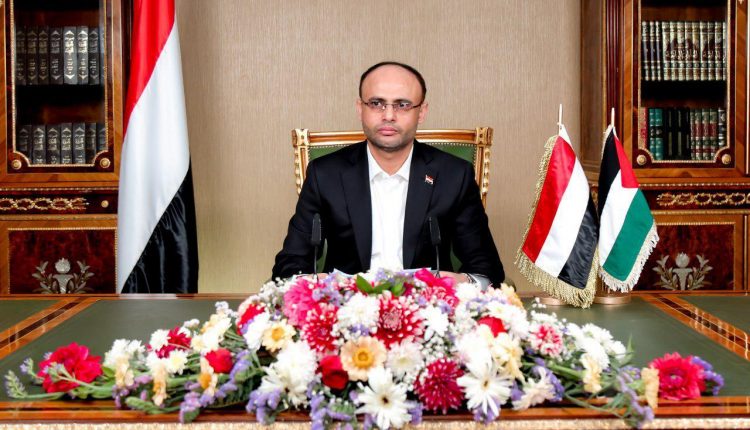 
President of pro-Houthis Supreme Political Council (SPC), the highest ruling authority in Sana’a, Mahdi al-Mashat, stressed that any escalation will be met with a greater escalation, and that the countries of Saudi-led coalition must leave the language of war and devote themselves to peace.

President of Sana’a (SPC) affirmed that the Yemeni people adhere to their right to self-defense and continue to confront “aggression” and blockade by all available and legitimate means.

This came in al-Mashat’s speech that delivered on his behalf by Information Minister Dhaifullah Al-Shami on the occasion of Ramadan, The President said that the continuation of the suffocating US-Saudi blockade and war against the Yemeni people for the seventh year proves to the world that the coalition countries, led by America, are stripped of all human values.

He reiterated the Yemeni people’s adherence to their principled and firm stances of faith towards the Palestinian cause and condemned all forms of normalization with the entity of the usurping Israeli enemy.

President al-Mashat announced an amnesty for prisoners sentenced with deprivation of liberty penalties who have spent two-thirds of their sentences based on conclusive rulings, and this does not affect the private rights of others.