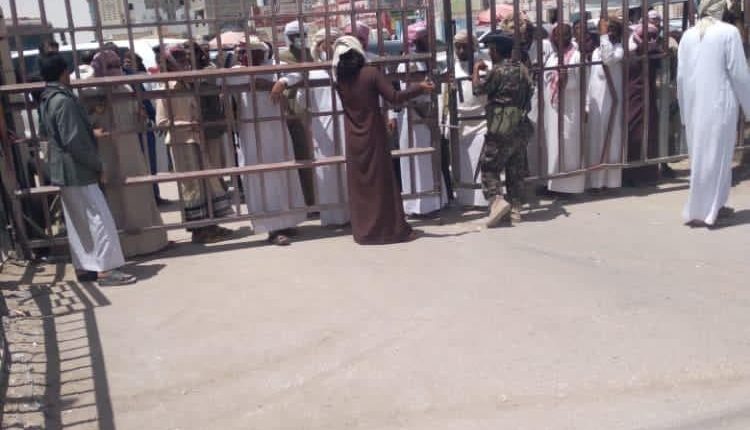 
Dozens of Yemeni families have been sleeping in the open at the Saudi Sharurah border crossing for nearly 20 days after Saudi Arabia banned the entry of four-wheel drive cars (SUVs) to Yemen.

Eyewitnesses told Yemen Press Agency that some families ran out their money because of the sudden and wrong decision by the Saudi regime to prevent the exit of SUVs.

Local sources considered that Saudi Arabia has “an enormous abundance of revenge and works to disturb the mood of Yemenis before the holy month of Ramadan, while the legitimacy (Hadi’s government) remains silent as is usual.”

The Saudi regime was not satisfied with tightening the screws on the Yemeni expatriates in the Kingdom, in addition to continuing the war and blockade on Yemen in general.

Meanwhile, informed sources confirmed that the Saudi forces continued to prevent citizens in al-Mahra provinces from entering through Shehn crossing under the same pretext.

Citizens in al-Mahra considered the Saudi decision a continuation of the violations against Yemenis, which requires accountability in accordance with international norms and laws.