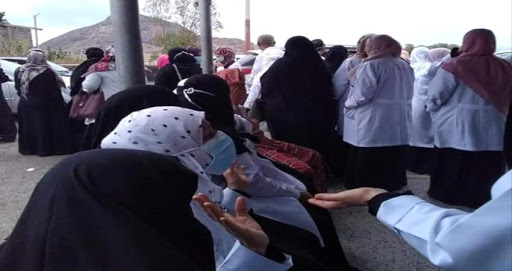 
A bout 25 citizens have died as a result of the spread of fevers and epidemics amid the collapse of services in all health facilities in Yemen’s southern city of Aden, YPA quoted medical sources.

The sources blamed the Ministry of Health in the Saudi-backed Hadi government to worsening health situation in the city.

Meanwhile, a writer and human rights activist, Lula Ali, explained that the Corona virus is spreading in a large and frightening way in Aden without any serious precautionary measures taken by the government.

The activist said on Twitter that the citizens are in a state of confusion, amid the absence of a mechanism for the competent authorities to combat the epidemic.

She pointed out that deaths’ tolls increased among citizens, while the citizen did not receive any serious preventive measures from the concerned authorities.