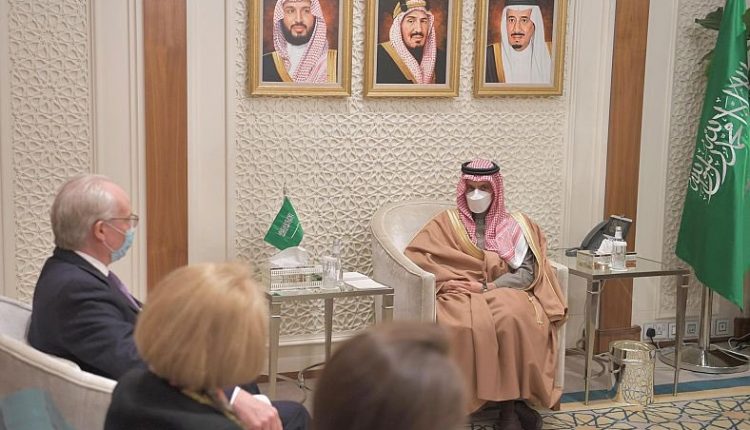 Muscat Negotiations …US Messages to Saudi Arabia and Sana’a


US envoy to Yemen, Tim Lenderking arrived on Tuesday to the Saudi capital, Riyadh, on his second visit in two days, as part of a final attempt to persuade Riyadh to push for a peace process in Yemen.

Lenderking left earlier today the Omani capital, Muscat, after an indirect meeting with Sana’a delegation, according to a member of the Supreme Political Council, Muhammad al-Houthi.

Al-Houthi downplayed on Lenderking’s messages and said in a press statement that it does not amount to being a peace initiative in Yemen.

Al-Houthi accused Washington of being part of coalition war, indicating that its peace proposals do not out from the context of the Saudi agenda.

A few days ago, Lenderking had started a tour in the region in an attempt to push for a political solution, based on the reality of Saudi Arabia’s announcement on initiative for a solution.

LenderKing made multiple visits during the past two days, between Muscat, where the delegation of Sana’a, and Riyadh are staying there.

Although US Secretary of State Antony Blinken revealed that his country has made tangible progress towards pushing for a political settlement in Yemen, he sent an unprecedented warning to Saudi Arabia, calling it to engage in a meaningful peace,” indicating that its recent initiative is just a maneuver.

Saudi Arabia refuses to separate the humanitarian file from the military and the political side through putting restrictions on the maritime and air traffic that has been under siege for years and caused the largest disaster in the world, according to the description of international organizations.

Sana’a was rejected by more than one official bartering the humanitarian file, considering that the entry of fuel and food is a right of Yemeni people.

The head of the negotiation delegation, Muhammad Abdulsalam, said that the coalition’s continued the prevention of oil ships entry and food and medical materials licensed by United Nations to Hodeida port obstructing any intentions for peace, in a clear indication of Sanaa’s adherence to lift restrictions on shipping movement in Hodeida port.

in the military side, the coalition announced in a statement by the spokesman of its forces, Turki Al-Maliki, that the Kingdom had been attacked during the past hours by two drones, one of which targeted Jizan. It indicating that Sana’a preparing to major operations in the Saudi depth, whose Spokesman of Sana’a forces, Brigadier General Yahya Sarie, had promised in his last interview, to intensify air operations in case the aggression and siege continued. Sarie said it would be more painful and expensive for Saudi Arabia. Now it is waiting for the messages to be carried out in the coming hours, in light of the expected meetings of US envoy who left Muscat heading to Riyadh in an attempt to persuade Saudi Arabia to lift the siege in preparation for engaging in a new round of negotiations.

Fierce Clashes Break out Among Coalition Factions in Aden