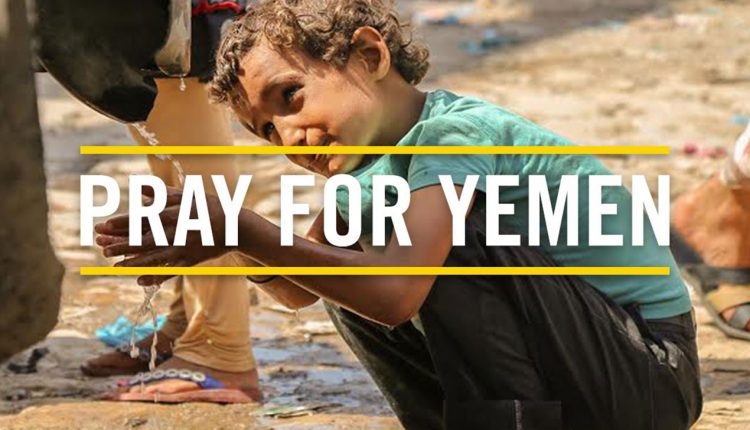 
Christian charity Tearfund has urged the UK Government to stop selling arms that could perpetuate violence in Yemen.

The charity has made the plea as the conflict in Yemen passed its sixth anniversary on Friday and the government recently decided to cut aid funding to the country.

Paul Cook, head of advocacy at Tearfund, said: “In Yemen, international aid is the difference between life and death.  Three years ago, when the UN raised 90 per cent of its appeal target, famine was prevented. But last year, when only 30 percent was raised, the UN confirmed the ‘specter of famine had returned.’ Food provisions are now urgently needed to save the lives of over seven million people who are suffering from, or at risk of, malnutrition. And in the midst of this emergency, the UK Government has taken the decision to cut aid funding to Yemen by almost half.”

Tearfund is providing emergency food, hygiene kits and counselling to thousands of people in Yemen. The UN estimates that two thirds of the population is in need of help.

Cook added: “Conflict has driven millions of people into overcrowded camps that are extremely vulnerable to outbreaks of cholera and Covid-19. About 18 million people lack access to safe drinking water and sanitation and the health system is so inadequate that as many as a quarter of people known to have had COVID-19 have died.

“It is appalling that the Government is cutting aid to Yemen whilst continuing to allow arms to be sold into a conflict that has killed hundreds of thousands. The US and Italy have stopped selling weapons to Saudi Arabia and the UAE, with Italy’s Foreign Minister saying; ‘for us, respect for human rights is an unbreakable commitment.’

“As the ‘penholder’ for Yemen at the UN Security Council, the UK should not be lagging behind other countries in making this commitment. With its unique responsibility to draft and table UN resolutions on the country, the UK should be leading the way towards peace and security in Yemen.”

Meanwhile, a new study by Save the Children has revealed children constituted a quarter of civilian casualties over the last three years in Yemen’s war.

More than 2,300 children were killed between 2018 and 2020, However, the group said the actual toll is likely to be much higher.

The report comes on the heels of a UNICEF statement issued on Saturday, saying that eight children were killed and 33 wounded this month alone.