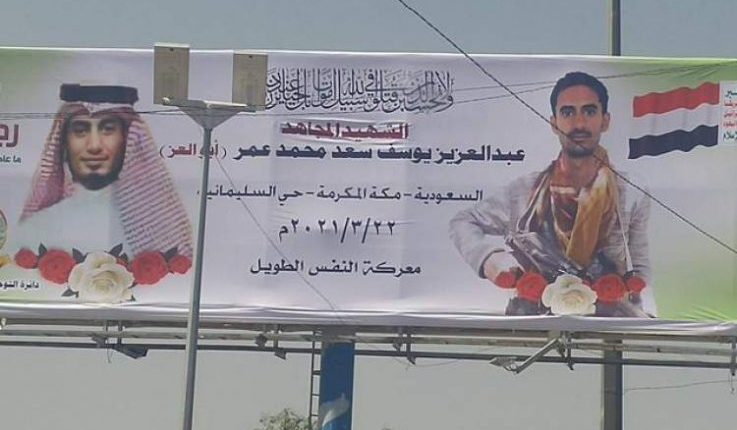 Top member in the Supreme Political Council, Mohammed Ali al-Houthi, reveled the name of the first Saudi fighter, who was martyred in fighting with Sana’a forces and popular committees (Houthis’ fighters) against the Saudi-led coalition forces.

Al-Houthi wrote, via Twitter: “The martyr from Mecca Abdulaziz Yusuf.”

Al-Houthi posted a picture of the martyr, stating that he is from Sulaimaniyah neighborhood and was killed on March 22, 2012, in the battle for “Long Breath”, without specifying the location of his death.