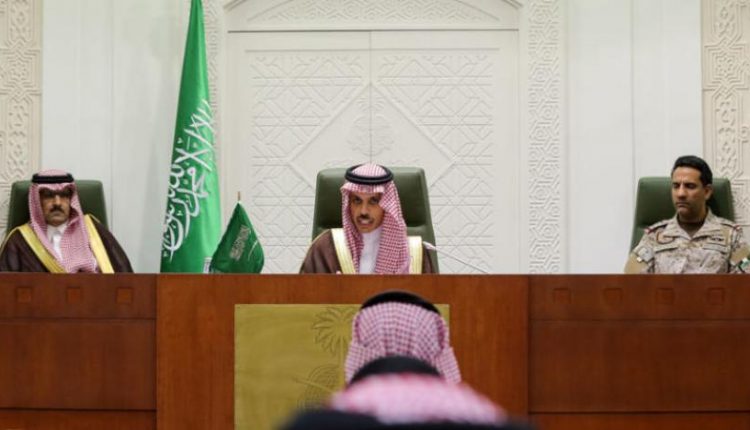 
Saudi Arabia once again presented its unenforceable conditions in Yemen, this time in the guise of peace, after six years of trying to implement it through war.

Saudi Arabia announced today what it called a ceasefire initiative, but this initiative includes a ceasefire and the start of consultations between the parties towards a political solution to the Yemeni crisis under the auspices of the United Nations, but on the condition that consultations are based on the terms of UN references, Security Council Resolution 2216, the Gulf initiative and its implementation mechanism and the outcomes of the Yemeni comprehensive national dialogue,

In addition to these conditions, that Saudi Arabia was unable to implement it or impose it in the previous rounds of consultations in Geneva, Kuwait and Stockholm, Saudi Arabia is bartering the humanitarian file in the military side. Saudi Arabia, in its initiative, offers to allow entry of oil derivative ships, while it admits that it imposes the blockade on Yemen, it puts lifting the siege as a condition for accepting the three references. This has already proven its failure, as resolution 2216 is no longer enforceable, and the Gulf Initiative gives Saudi Arabia, which is a part to the war, as Sana’a says, the role of peace sponsorship and keeping guardianship on Yemen.

These conditions bring to mind what Saudi Arabia proposed in Geneva 2015 consultations, but the situation today is different at the military level, in 2015, Sana’a did not accept these conditions while it was on the defensive and under military pressure, but today it has reached a stage of deterrence balance and its fire has devoured the vital Saudi installations and Sana’a ground forces have become at the gates of Marib city, the last concentration of legitimacy in the northern provinces and this is what makes the initiative just an attempt. Saudi Arabia seek a truce to rearrange the ranks of its loyal forces and to strengthen its air defenses.

The Saudi ambassador to Yemen, Muhammad Al Jaber, during his meeting with the Secretary-General of the Gulf Cooperation Council, Naif Al-Hajraf, stressed the need for any settlement in Yemen to be based on what he describes as the three references, in reference to the Gulf initiative, the outcomes of the national dialogue and the Security Council resolutions, and these conditions were previously rejected by Sana’a as it  forms the main causes of the war on Yemen, as the member of the Supreme Political Council, Muhammad Ali al-Houthi spoke previously, and international parties, such as UN envoy to Yemen, removed it previously from his proposals for the solution in Yemen, which indicates an international consensus that it stands as an obstacle to a political solution.

Saudi Arabia’s presenting to the references again came with the continuation of international movement led by the United States currently, to press for an end to the Saudi-led war on Yemen since March of 2015.

In the context, a Saudi expert ruled out that his country would stop the war on Yemen unless it achieved its goals.

Despite Saudi Arabia’s claim in its war on Yemen, that its goal is to restore what it describes “legitimacy.” However, since 2018, a new strategy has begun to spread outside the war zones, specifically in the east of Yemen, which reveals a hidden agenda that was revealed with its launch to Salman Channel that seeks to crack through AlMahrah province overlooking the Arabian Sea.