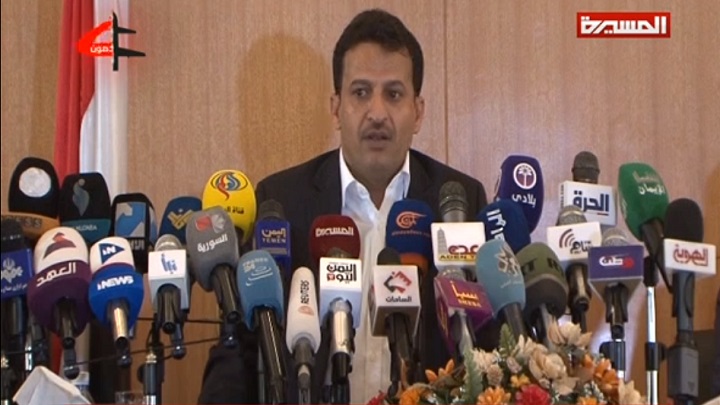 Sana’a: War in Yemen is an External “aggression” Not a Civil War


Deputy Foreign Minister in Sana’a government, Hussein Al-Ezzi on Wednesday confirmed that Sana’a has not received a true vision for peace until this moment.

“The United Nations’ request to Sana’a only for a ceasefire is unrealistic because the war is between two parties and the call must be made to both parties,” Al-Ezzi said, in a press conference held in the capital Sanaa.

Al-Ezzi pointed out that Sana’a did not fire the first shot and did not use its full right to respond, and the United Nations must understand that.

“The United Nations is jumping on the reality in Yemen because the war in Yemen is an external “aggression supported by mercenaries at home”, not a civil war,” he said.

The Deputy Foreign Minister expressed regret that the United Nations adopted the narrative of the Saudi-led coalition forces in Marib about the displaced, and left the displaced in other places.

He said that the UN envoy in the Security Council distorted the truth by placing the targeting of Sana’a by Saudi Arabia as a response to the targeting of its lands, “something that the envoy knows before the world that it is a lie.”

Al-Ezzi reiterated that the issue of ships and the port of Hodeidah was settled in the Sweden agreement, while the UN envoy came to express his concern and deported it to future negotiations.

On the incident of immigrants, the Deputy Foreign Minister expressed deep regret over the incidental accident in the African migrants’ shelter center in Sanaa, explaining that “the numbers were exaggerated and the incident was politically used.”

He confirmed that the victims were 44 immigrants and the wounded were 193, most of whom left hospitals, and an investigation is underway into the causes of the accident.