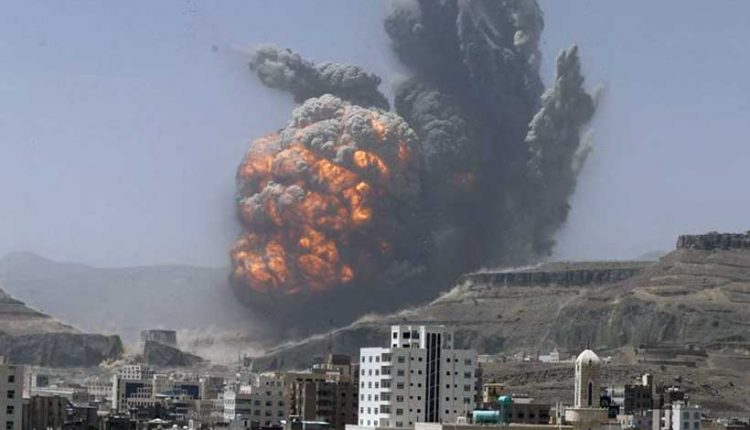 
The director-general of the Sana’a-based Executive Mine Action Center (YEMAC) Ali Sofra said the Saudi-led coalition has dropped 3,179 cluster bombs on Yemen since the beginning of its war against Yemen in 2015.

“According to accurate statistics obtained by the center, there are eight types of cluster bombs that have been used in Yemen, which were made by the United States, Britain, and Brazil,” Sofra said.

Safra pointed out that the statistics of cluster bombs discovered in separate areas of the country amounted to 3,179 cluster bombs, and that the civilian casualties exceeded 1,000, mostly women and children, and most of them in agricultural and grazing areas.

Sofra criticized international and human rights organizations for avoiding talking about the fact that there are airstrikes and cluster bombs used against Yemen.

“Any victims of cluster bombs in Yemen are not mentioned in their annual, human rights and humanitarian reports,” he added.

He explained that there are 13 types of cluster bombs that do not carry any data for their manufacture and were thrown on several areas, such as the ones dropped on Al-Jar farms in Hajjah province.

”Our statistics were not based on a comprehensive field survey, but rather from what could be reached in the targeted areas as a result of the continuing war,” Sofra said.

Al-Dailami said cluster bombs that are used in the war on Yemeni people are part of the internationally prohibited weapons.

in June 2020, Yemen’s Ministry of Human Rights warned that cluster munitions pose a serious danger to the lives of civilians, especially women and children, if they come in close contact with them.

The ministry added that the Saudi-led coalition has used thousands of cluster bombs on residential areas, leaving many civilians dead or injured.

The new US administration announced on Wednesday that it has suspended weapons sales to Saudi Arabia and the UAE, which were authorized by former President Donald Trump.

It came a week after President Joe Biden, who has promised to reassess Washington’s relationship with Riyadh, was inaugurated.

The announcement was welcomed by Amnesty International, which called on European countries to follow suit and end weapons exports to the two countries involved in the bloody war on Yemen.

On Friday, Italy announced that it had permanently stopped exports of arms to Saudi Arabia and the UAE amid worries over their continued war crimes in Yemen, citing Rome’s commitment to ending the bloodshed in Yemen and protecting human rights

“This is an act that we considered necessary, a clear message of peace coming from our country. For us, the respect of human rights is an unbreakable commitment,” Italian Foreign Minister Luigi Di Maio said in a statement.