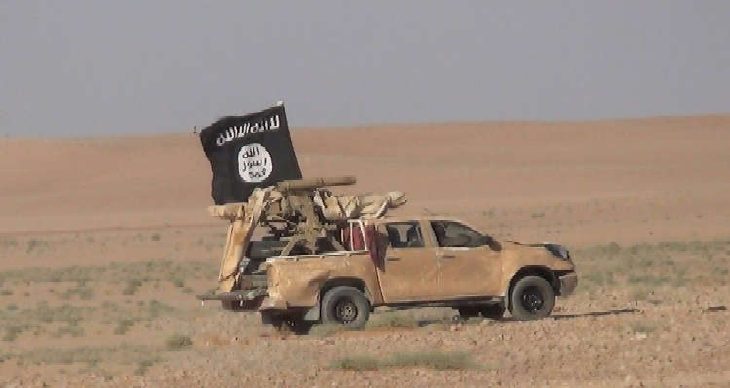 
Information from private sources, reported that a new batch of extremist Salafi elements support terrorist organization of ISIS arrived to Al-Joubah district in Marib on Saturday, coming from Mocha district in Taiz province.

Sources confirmed that 40 extremist fighters, including the leader of ISIS, Abu Al-Abbas Al-Jazaery, arrived at Al- Joubah district, where the extremist Salafi Sheikh Yahya Al-Hajouri is stationed, and they will join the ranks of the fighters alongside legitimacy.

batch of extremist Salafi fighters belonging to the so-called Giants Brigades arrived to Marib front, while the terrorist organization ISIS announced the implementation of an operation against Houthis in Al-Kassara front, and information confirmed the killing of a number of Al Qaeda militants, including Abu Al-Zubair Al-Qaisi, who was buried on Thursday to the side of two other operatives in the village of Ja’ar, in AlSoumah District of Al-Baidha province.