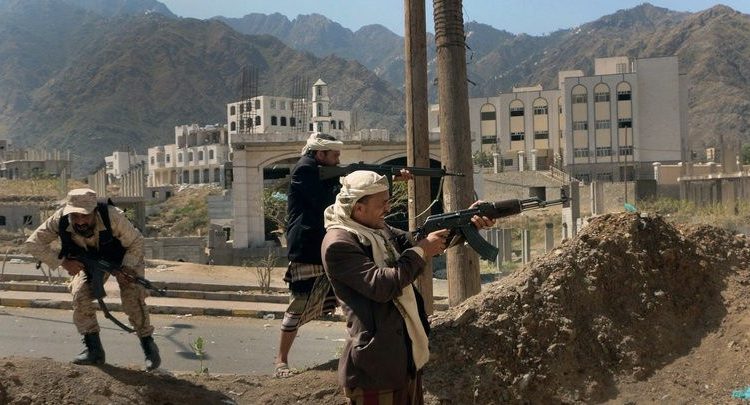 A state of discontent and chaos in Marib

Marib tribes are living in an unprecedented state of discontent with the accumulation of grievances faced by the de facto authority in the province represented by Islah party, where the party, through loyal tribal figures, continues to humiliate the rest of the tribesmen and confiscate their rights, and exploit the power to keep most cases open.

The most prominent grievances, according to Sheikhs spoke to alkhabaralyemeni, is the denial of Ubaidah tribe to their rights in the provinces revenues and developing their region, despite promises made by local authority during peaceful sit-ins, which were carried out repeatedly by tribes members over the past years, in addition,  security forces of Islah party cracked down citizens from the tribe.

Islah party uses Houthis as scarecrow to silence any tribal voice demanding on rights, or objecting to the revenues plundering process.

The issue of Alashraf and Obaida

2019, following a horrific attack on Al-ashraf tribe after disputes over a land, the leader of Islah Party, Muhammad al-Hazmi, was seeking to control the land, and destroy the homes of Al-ashraf  in Maneen region, a number of Al-ashraf people surrendered themselves to the local authority at the hands of sheikhs and mediators from obaida tribe, provided that there would be litigation under the framework of law. However, the local authority in Marib disguised to obaida tribe and put them in an embarrassing position with Al-ashraf, who demand the release of their families, which led to widespread discontent and indignation inside obaida tribe.

Breaking the agreement with Al-Damashka tribe

In October 2018, coalition forces attacked citizens of Al-Damashka tribe in Al-alDemmn, and killed two sons of Sheikh Saleh bin Hamad Al-Demmn Al-obaidi, and after violent confrontations, reconciliation was concluded and it was agreed to pay compensation to Al-alDemmn and evacuate their areas from any coalition forces. However, coalition has broken the promise and pushed military reinforcements to the region, and it is working today to prepare the area to be a battlefield, in case Sana’a forces advanced.

Islah forces, represented by the military police led by Abdul Ghani Shaalan, continue to humiliate the tribes and violate their rights, as dozens of violations were monitored at the security points, affecting sheikhs and notables from the sons of Obaidah and Murad tribes, in addition to the fact that these forces have arrested sheikhs and dignitaries for years and refuse to release them. The well-known tribalism in Al-Damashka, Naji Samra, who was confirmed by the tribe’s members that Islah led by Nasser bin Awshan, fabricated an accusation to him as smuggling hashish in order to silence those who calling for his release.

Land exploitation and looting the compensations

The legitimacy promised AlShabwan family in Marib province to pay them compensation in exchange for their land to be used for airport and Tadaween camp, but it has not paid the compensation agreed upon so far.

At the beginning of the Decisive Storm, the coalition warplanes launched raids on properties belonging to Al Muthanna family, headed by Sheikh Naji Muthanna. Despite promises of compensation amounting to $ 15 million, Naji Muthanna did not receive any compensation. and exposed from time to time to provocative processes from legitimacy.

Killing and intimidation with power and influence

The blood of Sheikh Ali Jaber Al-Shabwani sons, who were killed by the members of Islahi Brotherhood Sheikh Ali bin Hassan bin Gharib, is still the most prominent issue,where Bin Gharib refuses to hand over the killers and uses the party’s forces to intimidate the blood relatives of the victims. Likewise, there are severe differences between AlMa’aili, supported by the military leader Dhiab bin Ma’ili against Al-Hafrin, and violent confrontations broke out between the two parties last week. Not far from that, the Brotherhood’s members attacked AlShabwani family and killed Shaker bin Qureih al-Shabwani about a month ago, and AlShabwani family exposed to intimidation by force and military influence.

Saudi Coalition Responsible for All Disasters in Yemen: Anssarallah

Saudi Coalition Responsible for All Disasters in Yemen:…