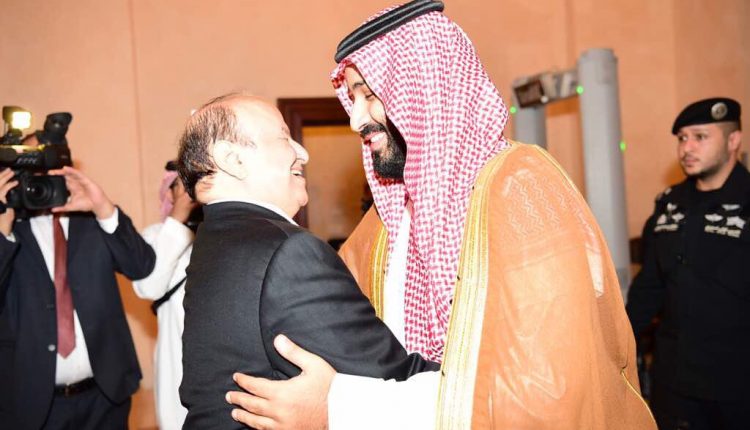 International exposing for “legitimate” mafia … a moral victory for Houthis

The ink of the “legitimacy” campaign and its supporters in the region has not dried up on Houthi leader yet, until the report of the international experts team came to expose everyone and reveals the truth of “legitimacy” mafia, adding a new victory for Houthi in the moral aspect and combating corruption.

For days, the tweets of “legitimate” activists, nor the reports and analyzes of its media and the media of Saudi Arabia and UAE, did not stop against Houthis and their leader, until these media suddenly obtained a video for the leader of Houthis, criticizing the corruption of the supervisors in his movement, which did not go beyond the sale of volunteered aid by citizens to support Al-Mujahideen in fronts.

Those channels hosted analysts from different countries, and tried to turn the clip in favor of her campaign aimed at distorting the movement. Making the clip a legitimate document to justify its war and siege on Yemenis that has been going on for more than half a decade.

Although the clip reflects the ethics, interest and keenness of Houthi leader to follow the situation and pay attention to every small and large, to prevent his movement from sliding into swamps that drowned previous regimes, including corruption, and it was supposed to be used as an example in surrounding corruption and curtailing it within the authority affiliated with the movement, however, the latest international expert report which included, in its part, a small part of “legitimacy “corruption in its local and regional dimension, the experts’ report was fair to Houthi, who continued his steadfastness and kept the state firm despite the ongoing war and blockade.

Yemenis may find themselves today, standing up in prizing this national figure, while they see their country or the southern and eastern part of it, which is under the control of coalition and the mafia of corruption affiliated with, have destroyed all aspects of life and led the inhabitants of this country, including those who are under its mercy and those who still see in it good for Yemen, as a land and a human being, to a famine, with the escalation of local and international warnings of a possible economic disaster that may be caused by the consequences of the Central Bank corruption in Aden, which Hadi and his entourage, with regional support, turned it into a hangar, to plunder public money and flood the country with debts, loans and external deposits that were originally looted since moving its headquarters from Sana’a in 2016.

In fact, Hadi corruption and his entourage and the supporters of his legitimacy in Riyadh and Abu Dhabi was not limited in plundering a quarter of a billion from the Saudi deposit, and speculation with it in the black currency market that they have created in Aden and  “legitimate” areas is only a small part of organized corruption and has become international, in which countries and organizations participate with the help of  local “legitimate” mafia. It also includes plundering oil and gas revenues estimated at billions of dollars annually, all of which go to accounts of Saudi Al-Ahly bank and aid up to four billion dollars annually, provided by donors to prevent the country to slide into certain famine, but even this simple part, through which Saudi Arabia and UAE are trying to pressure their local followers in “legitimacy” to implement their agenda, including the silence over its moves to swallow the Yemeni coasts, including the eastern one, which is eager to turn it, into a corridor to export its oil via the Arab seas and to control oil and gas production, not to mention its efforts to justify a potential economic catastrophe, that is now looming on the horizon, as the former governor of the bank, Muhammad bin Hammam, sees. This disaster, Saudi Arabia started promoting for it since it allowed Hadi government to print hundreds of billions of new currency out of cash coverage, and misled it with Saudi deposit that refused to renew it, and it tries to take it as a last nail in Yemen’s coffin in case the Yemeni forces refuse to comply with their demands, striping the system, which is fighting an unjust war and blockade on Yemen, and trying to control its capabilities and plunder its resources.

Kidnapping women … a “black shame” in the face of Marib tribes

US to cancel terrorist designation for Anssarallah