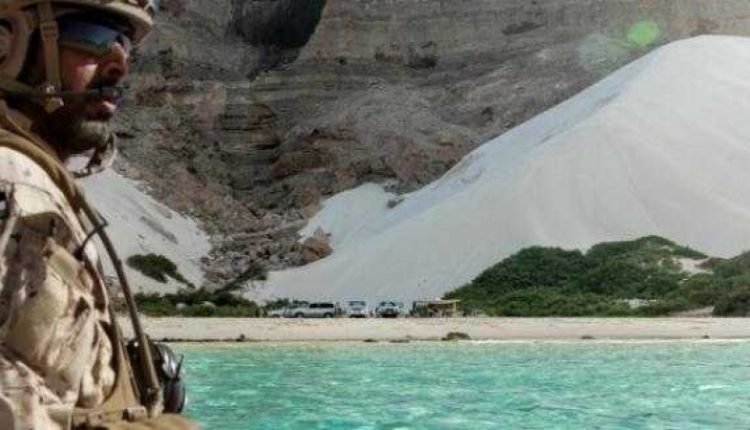 Israel has been looting natural resources on the strategic island of Socotra, said the Minister of Transport in Sana’a-based National Salvation Government, Zakaria al-Shami.

“The Zionist regime, under the cover of the UAE, is operating in Socotra, looting and plundering its natural resources, and taking advantage of its geographical location, crude oil as well as medical and tourism capacities besides its other riches,” Al-Shami said at a meeting in the capital Sana’a on Saturday.

Al-Shami stressing the urgent need to safeguard the remote Arabian Sea archipelago which is a candidate for UNESCO recognition as a world natural heritage site for its biodiversity and natural beauty.

Overlooking the Bab al-Mandab Strait, Socotra is home to some 60,000 Yemeni people and is a main shipping route that connects the Red Sea to the Gulf of Aden and the Arabian Sea. It has a unique ecosystem.

Socotra has been a source of tension between the UAE and Saudi Arabia, which have been vying for control of the resource-rich island.

The purpose of the bases, according to the report, is to electronically monitor Saudi-led forces waging a war on Yemen.

Israel and the UAE are currently making all logistical preparations to establish intelligence bases to collect information from across the Gulf of Eden, including Bab al-Mandab and south of Yemen, which is under the control of forced backed by the UAE, the report said. They are also said to establish military bases on the island.

The bases are the latest challenge for conservationists. They have long been trying to preserve Socotra, which rivals the Galapagos and Mauritius for endemic plant species.

According to UN officials, highways already built on the island which bypass villages rather than connect them are hugely damaging the environment.

Sana’a: Hospitals Warn of Humanitarian Disaster Due to Oil Shortage

Sana’a: Hospitals Warn of Humanitarian Disaster Due to Oil…