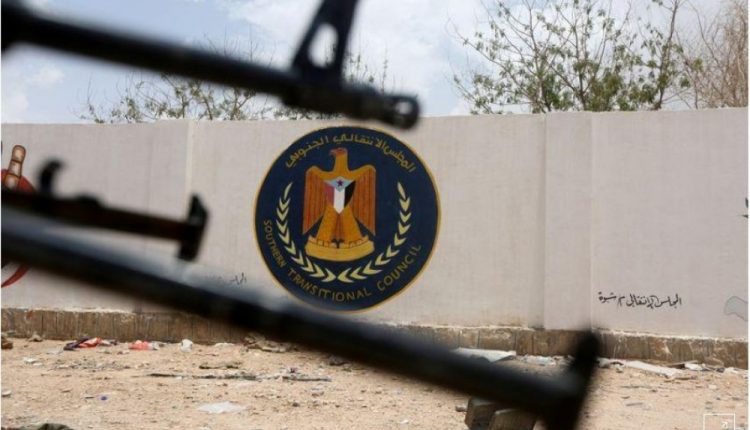 UAE-backed Transitional Council raised the pace of its threat against exiled president Hadi, in conjunction with military and political pressure to bring STC to his knees, amid internal and external criticism for his silence.

The Council’s Assistant Secretary-General, Fadl Al-Jaadi, renewed his rejection of Hadi’s recent decisions, noting on a tweet that it is difficult to implement any decisions that are not object of consensus. He also renewed his accusation against Hadi of trying to abort Riyadh Agreement and circumvent it with his recent decisions.

In the context, the Security Belt, one of the largest of STC factions, announced the raising of its combat readiness  in Abyan, as well as the support redeployment unites, in the border lines, in response to Hadi’s recent moves, which were previously described by the leader in the council, Salem Al-Awlaki, who described it as provocative.

For its part, media affiliated with the Council quoted on military sources as saying that the silence of the Council on the recent moves of Hadi in Abyan, was not the result of weakness and that its forces were ready not to defend Aden, rather, to explode the situation in Brotherhood’s strongholds in Shabwah and Hadhramaut.

During the past two days, STC has been criticized by its supporters due to the recent moves and represented in the deployment of Hadi’s forces in Aden, at a time when the future of Al-Shabwani and Al-Hadrami elites has not been discussed, not to mention transitional governor in Aden disappeared after being summoned to Abu Dhabi, at a time when Hadi announced his adherence to the governor of Shabwah.

The criticism was not limited to STC’s supporters, but even its opponents in the Southern Movement, where they described STC’s silence as a deal made to sell the southern cause, while others such as the prominent leader Abdul Karim al-Saadi, saw STC silence as a natural result, due to getting Aden out of STC control.

These criticisms come against the reality of Hadi, who bares his teeth in the face of STC politically and militarily, where he thwarted UAE plan to overthrow the governor of Shabwah, Muhammad bin Adio. He expressed support only days after the appointment of a deputy general and head of Shura Council outside Riyadh Agreement.

On the military level, the deployment of Hadi’s forces in Aden and his escalation towards exploding the situation in Abyan indicates that Hadi is trying to provoke STC, which appeared as if he could not face these developments, than warning through his media and activists, describing that as a plot to liquidate Prime Minister of Hadi, who is in Aden, the most prominent stronghold of the Council.

Despite trying to hint to STC opponents, saying that they prepared an assassination team in Shoqra and brought it into Aden, according to what was published by journalist Salah bin Lagbar, in reference to the forces that Saudi Arabia settled in the residence of Maeen’s government in Al-Ma’asheeq. However, Hadi and Islah activists were able to turn the tables on STC by accusing him of managing the assassination of PM, whose government has been the subject of repeated attacks since its arrival in Aden city more than a month ago.