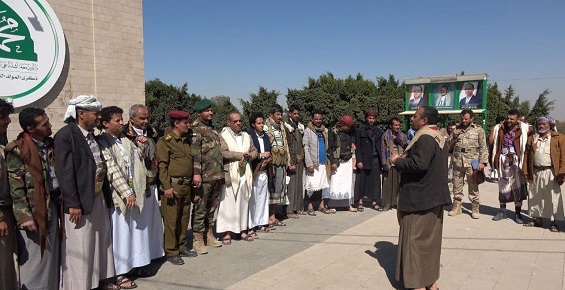 The governor of Hodeidah province, Mohammed Quhaim (loyal to Houthis) received on Wednesday 150 returnees to the Sana’a forces after they had withdrawn from the sixth brigade that belong to Tariq Saleh troops in the western-coast front.

During the reception, directors of Intelligence of the Fifth Military Region and the Naval Forces Intelligence welcomed the returnees to the homeland including officers and recruits of Tahama sons battalion, confirming that uniting the efforts to confront the Saudi coalition and supplement the fronts with money and men until the nation is purified from the filth of the coalition and its loyal forces.