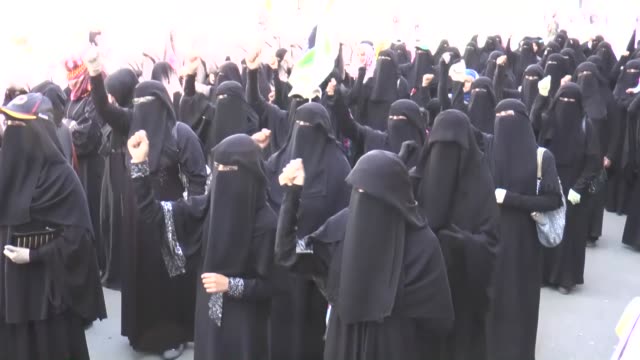 Women protest in Hajjah rejecting US policy in Yemen

The Women’s Awareness Department at the Endowment and Guidance Office in Hajjah province in cooperation with the Women’s Authority staged on Monday a protest condemning “the American terrorism against the Yemeni people.” Houthis-run Saba news agency reported.

Participants in the protest confirmed the continuation of steadfastness in all national fronts until victory is achieved.

The participants held the international community responsible for the crimes of the “US-Saudi aggression against the Yemeni people”, noting that America’s massacres in Yemen confirm it is the mother of terrorism.